(full data sheet is available at our download area) 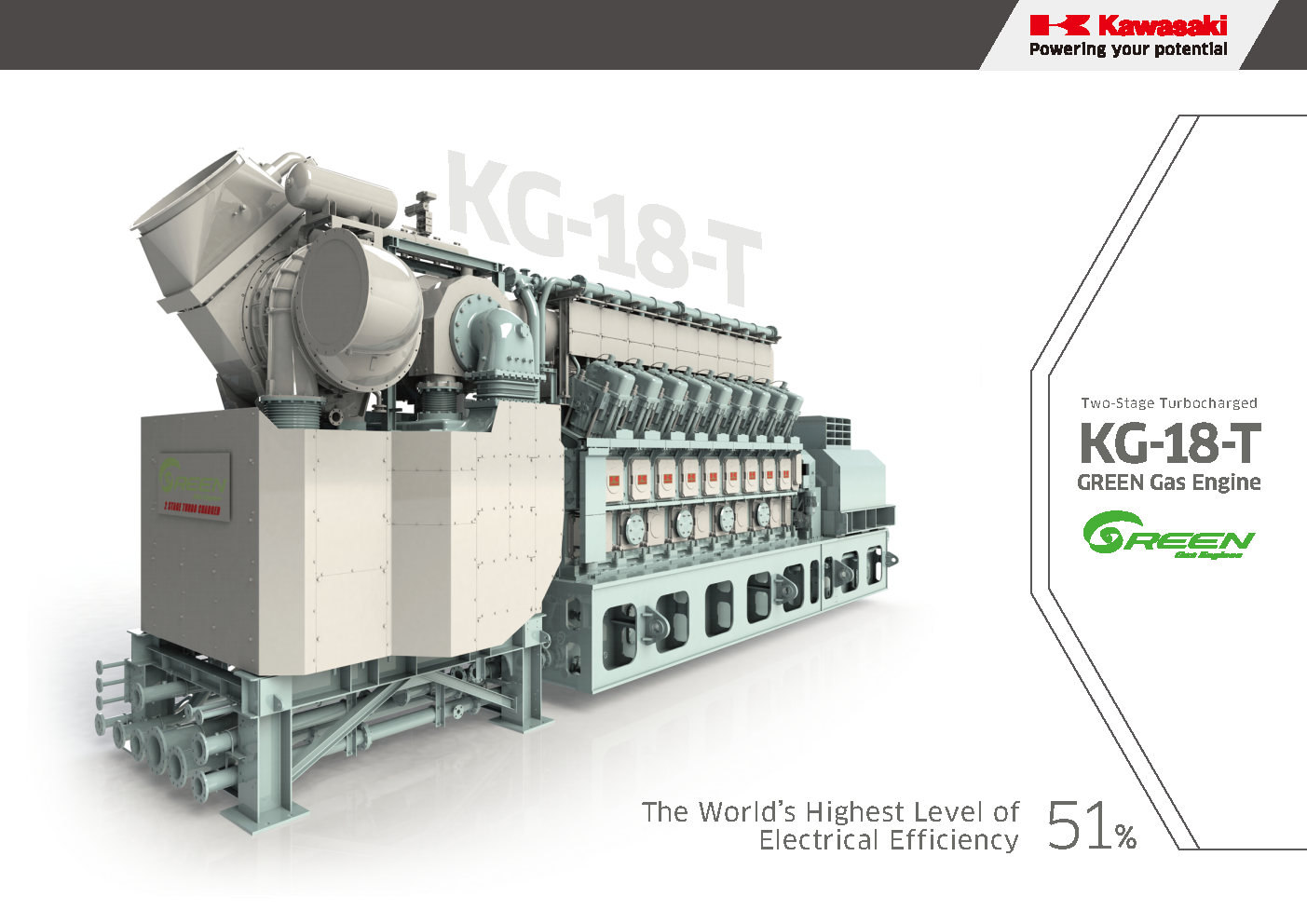 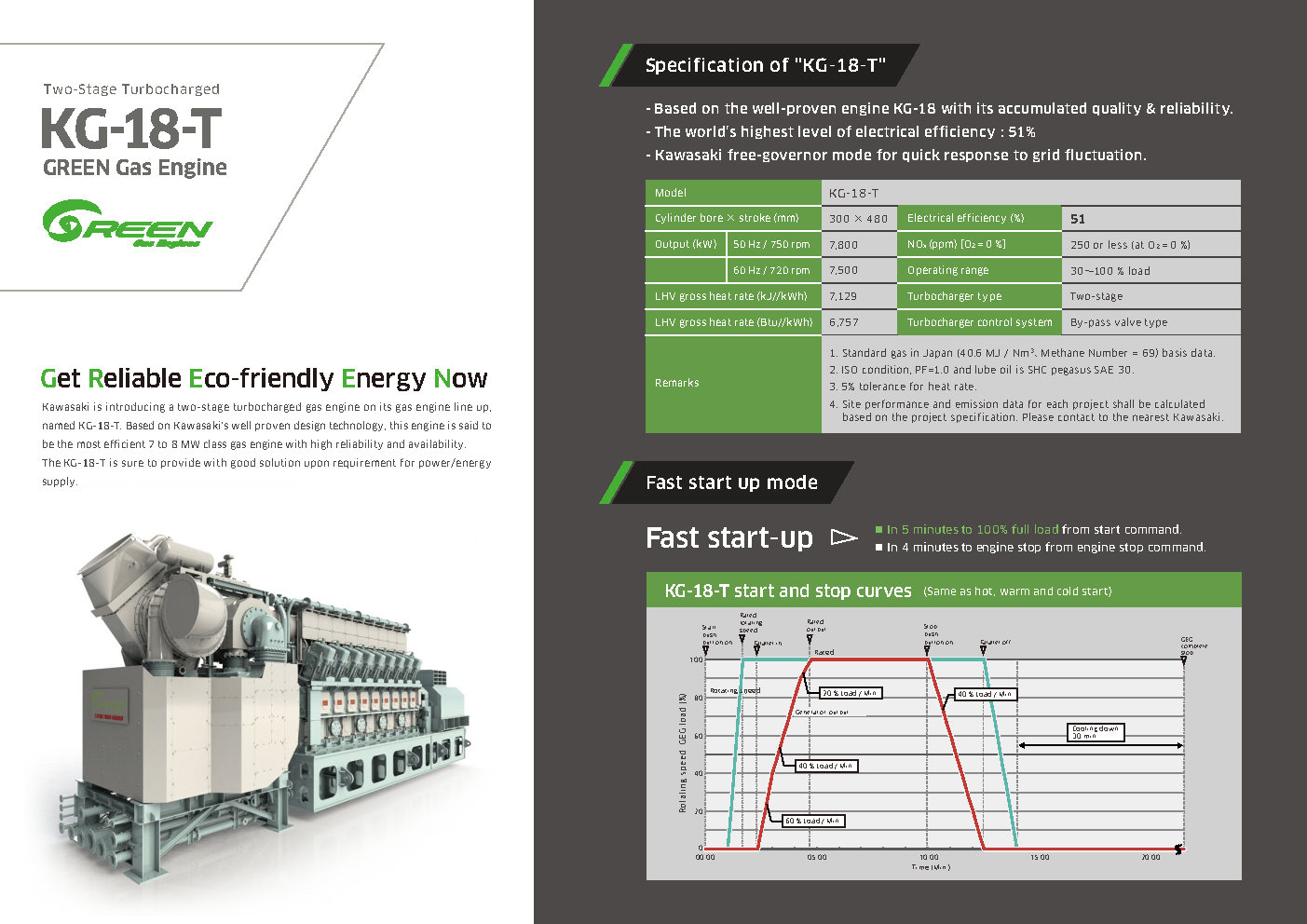 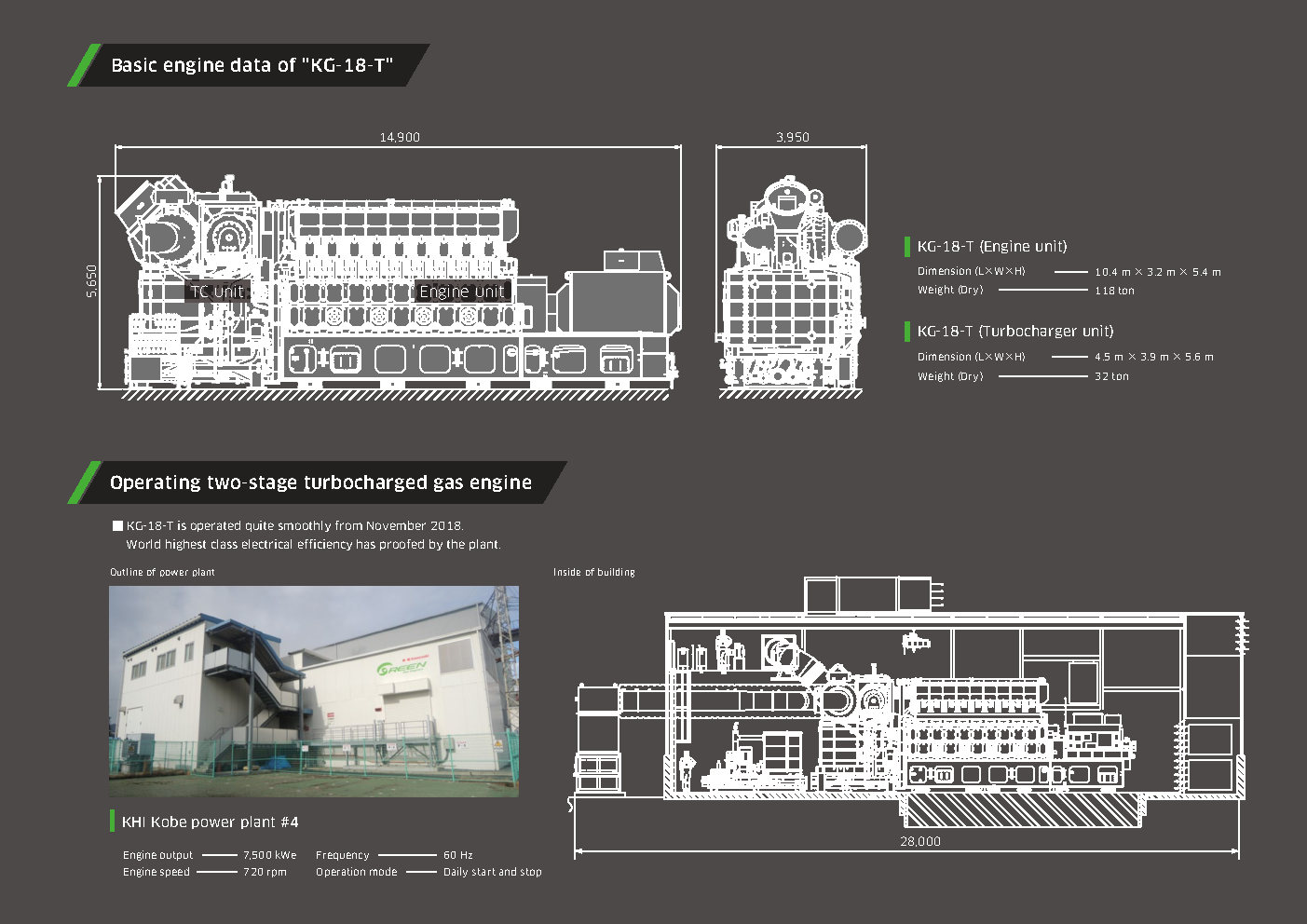 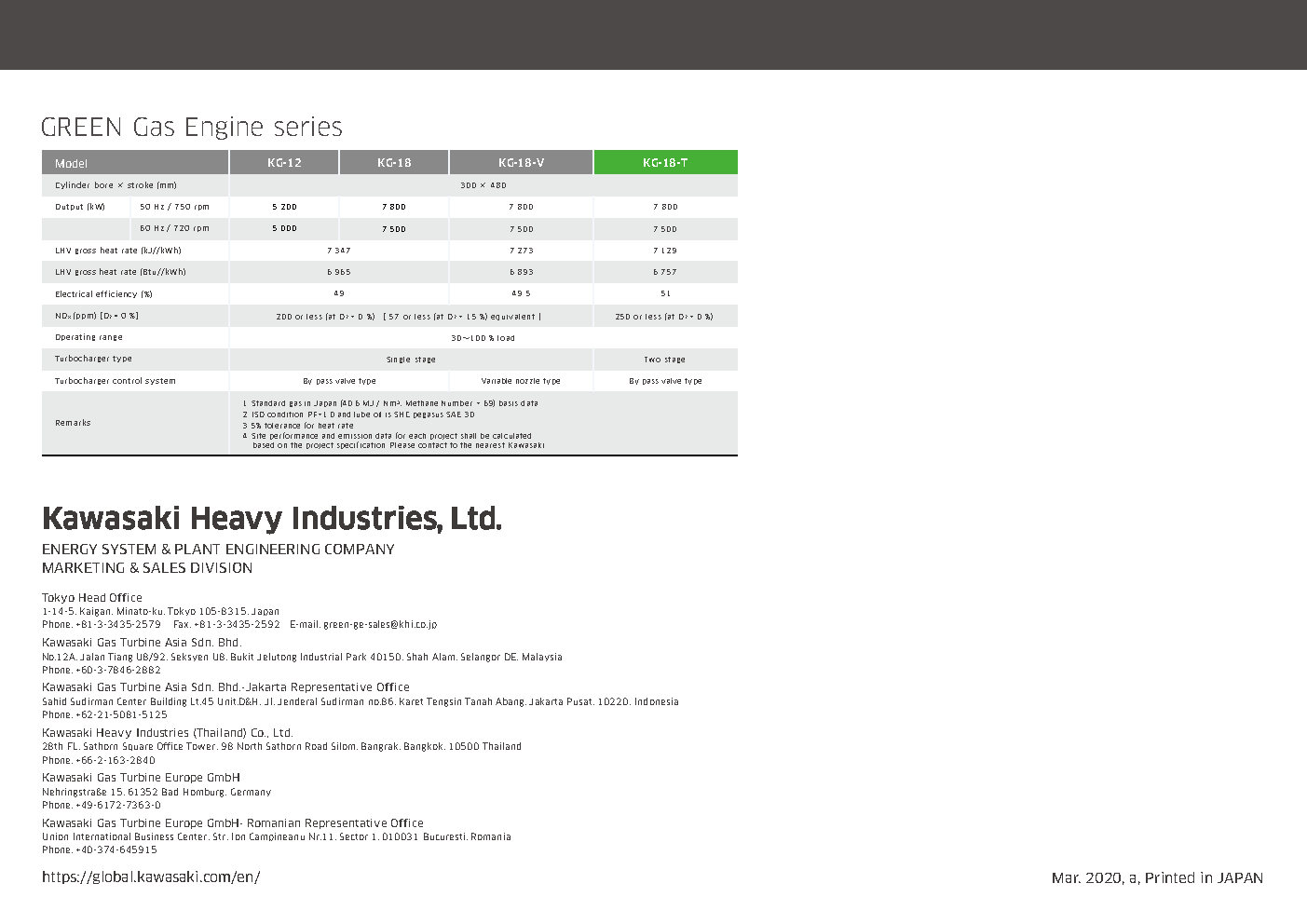 Kawasaki Vision for the Future

Today, our society is mostly dependent for energy on fossil fuels such as petroleum or natural gas.
This is causing the serious environmental problem of global warming and the risk of natural resource depletion. “Hydrogen Energy” offers a solution for securing a stable energy supply and the preservation of the global environment.

Hydrogen has been referred to as the “Ultimate Clean Energy.” It can be used like petroleum as fuel to power automobiles, and like natural gas to generate electricity.
Besides, unlike fossil fuels, hydrogen does not emit carbon dioxide when combusted to produce energy.
We will be able to continue to drive cars and use electricity with hydrogen.
Our daily lives will not change. But thanks to hydrogen energy, our society can be changed dramatically.

Through hydrogen energy, Kawasaki hopes to bring a new future to the people of the world.
This initiative, which draws on the integrated capabilities of the whole Kawasaki Group, has already started.

If you want to know more about the Kawasaki Hydrogen Road please follow the link below:

This Office in Bucharest giving us the opportunity to act more powerful and efficient in the Romanian market and of course in the promising south eastern region of Europe as well. 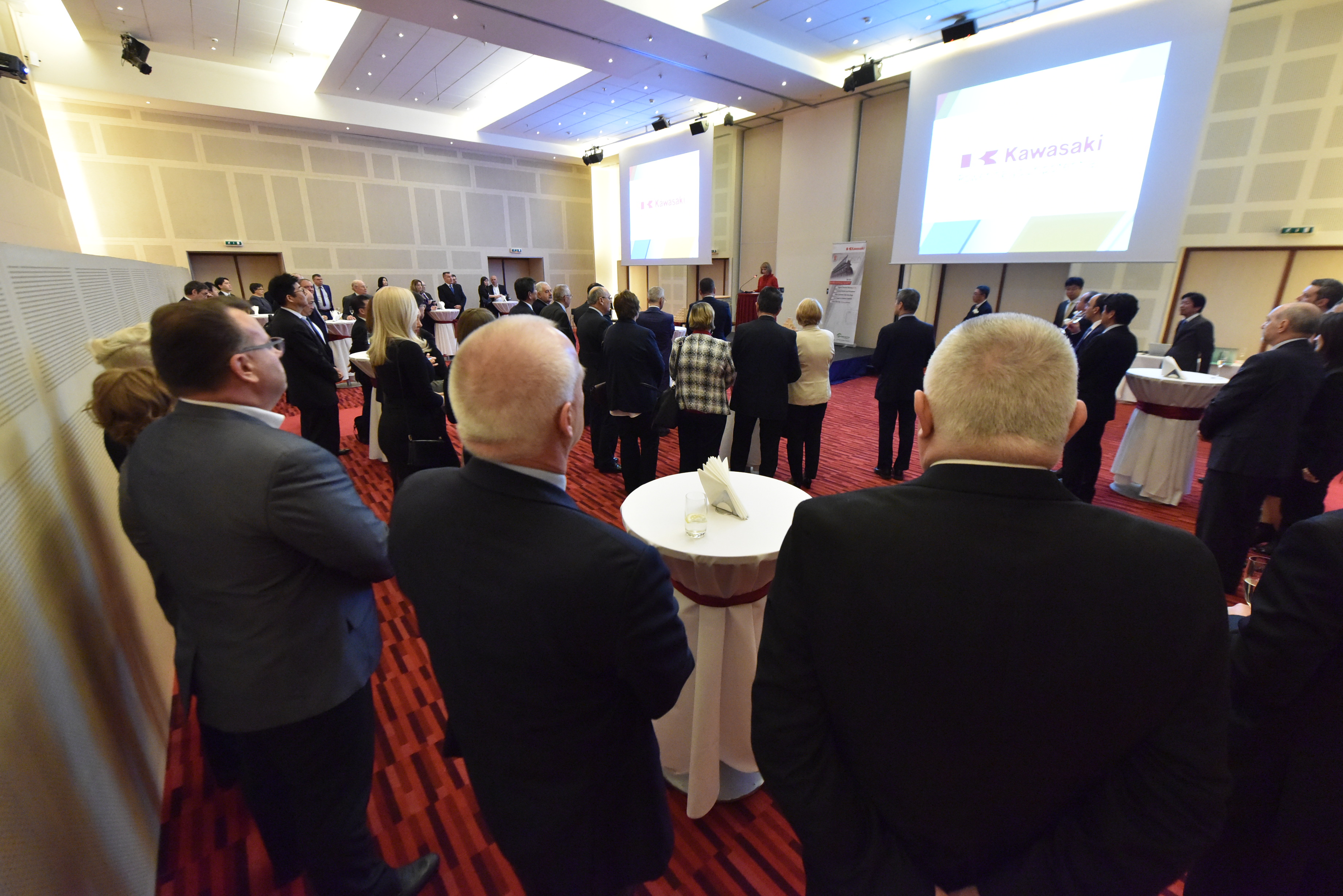 World's First Heat and Electricity Supplied in an Urban Area Using 100% Hydrogen. The NEDO project with KAWASAKI Heavy Industries in Kobe and the Obayashi Corp.

high efficient CHP - how it works... 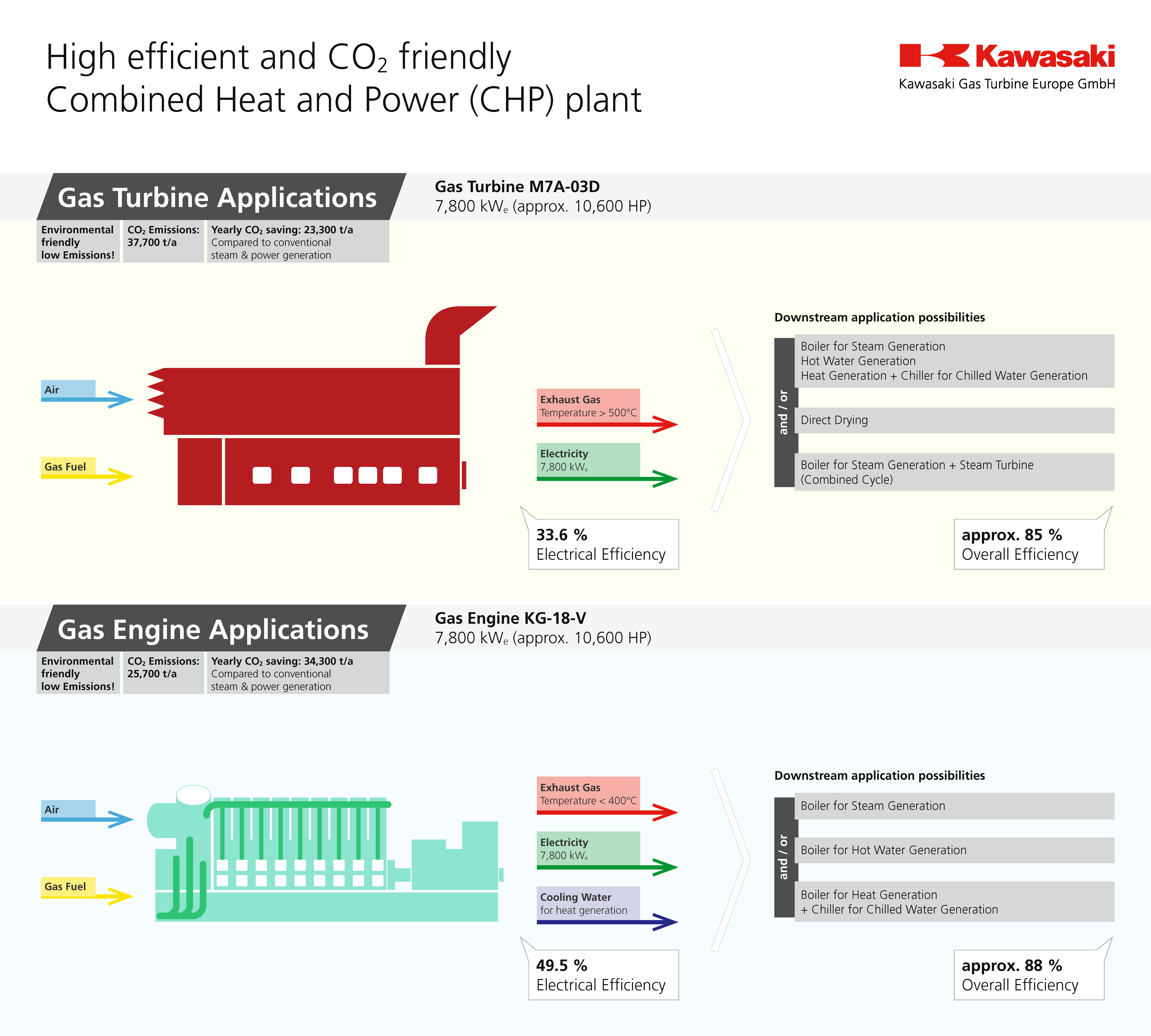 Hydrogen as fuel for Gas Turbines

In this year`s summer 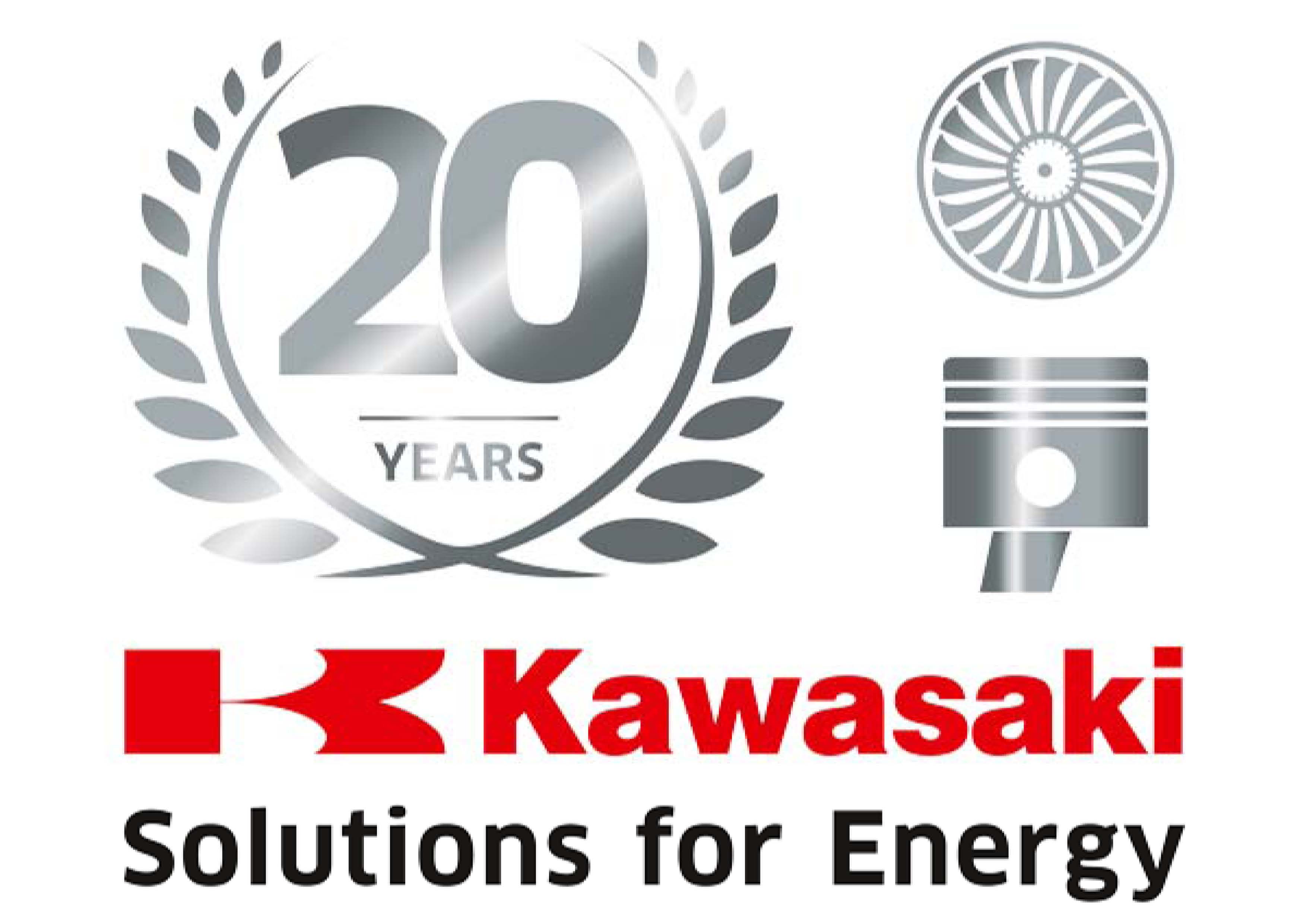 Impressions from the 20 Years Anniversary Party...

Diploma for the participation at MOLDENERGY 2018 received from MOLDEXPO 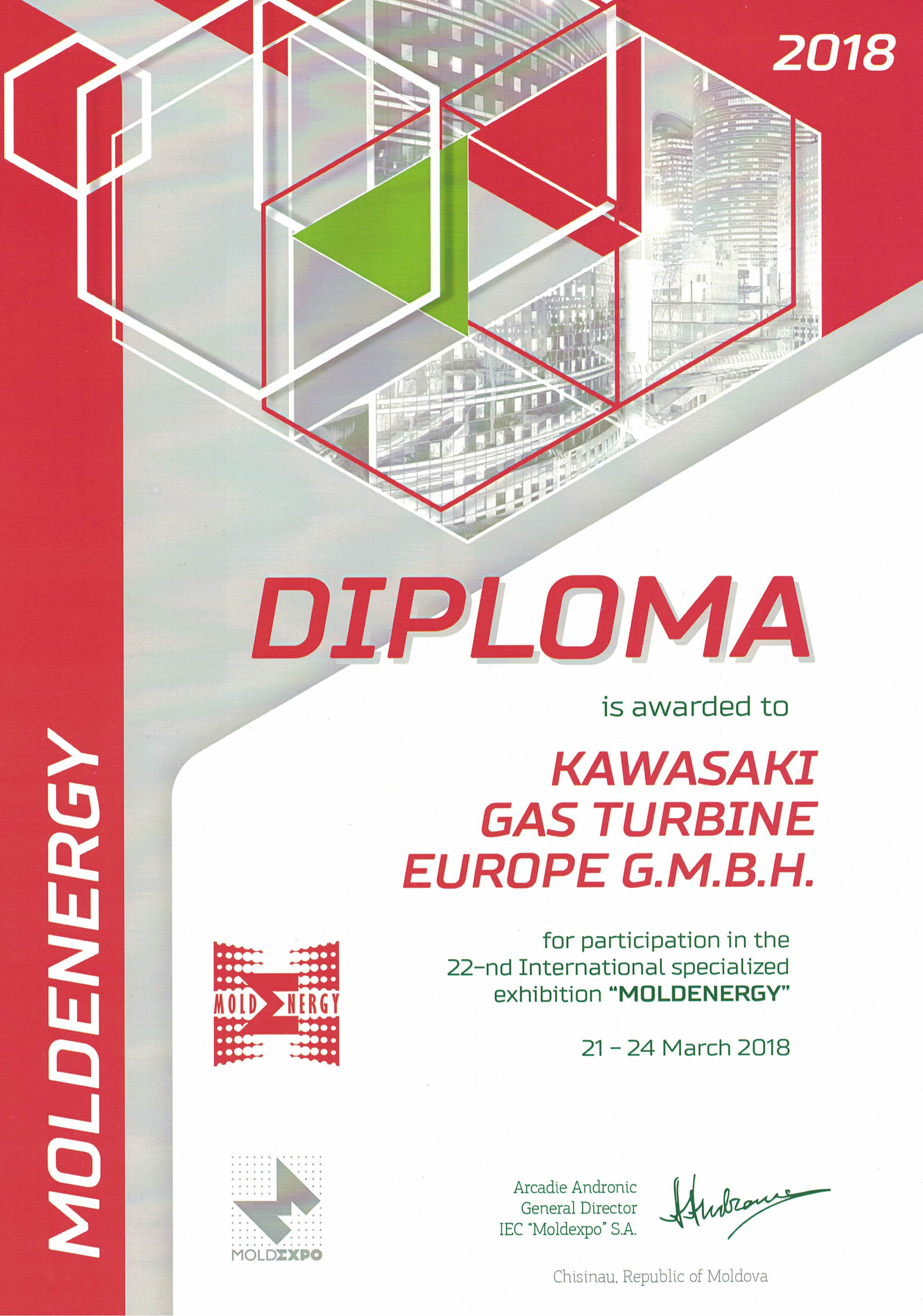 From now on you are able to ckeck here http://www.kawasaki-gasturbine.de/en/company/exhibition-schedule

where and when Kawasaki Gas Turbine Europe will attend to national and international exhibitions. Of course, this categorie will always be kept up to date.

"The Team" at 2017 Key Energy-Ecomondo Exhibition in Rimini /Italy 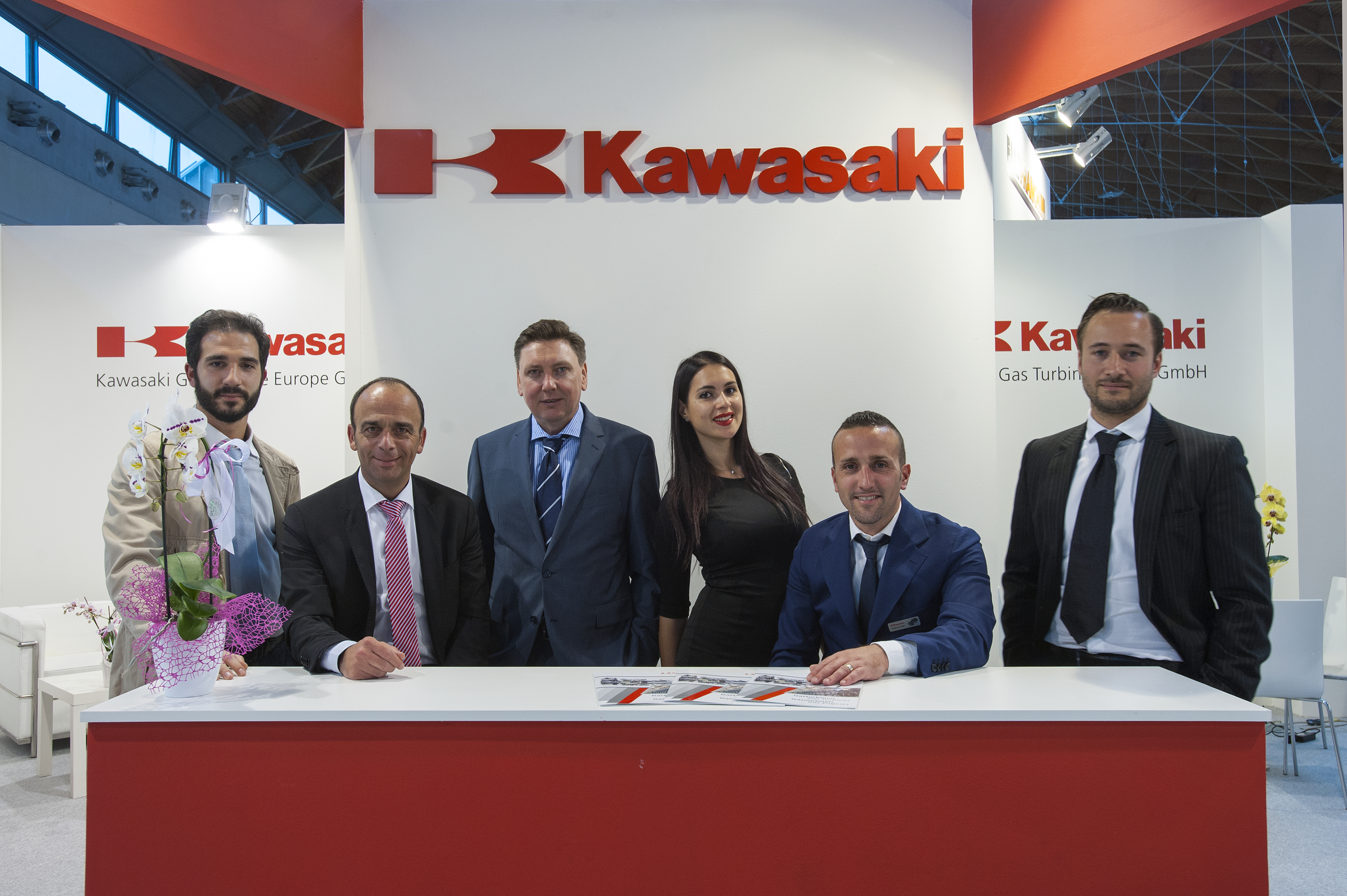 KGE and Mercurio200 at Key Energy 2017 in Rimini/Italy 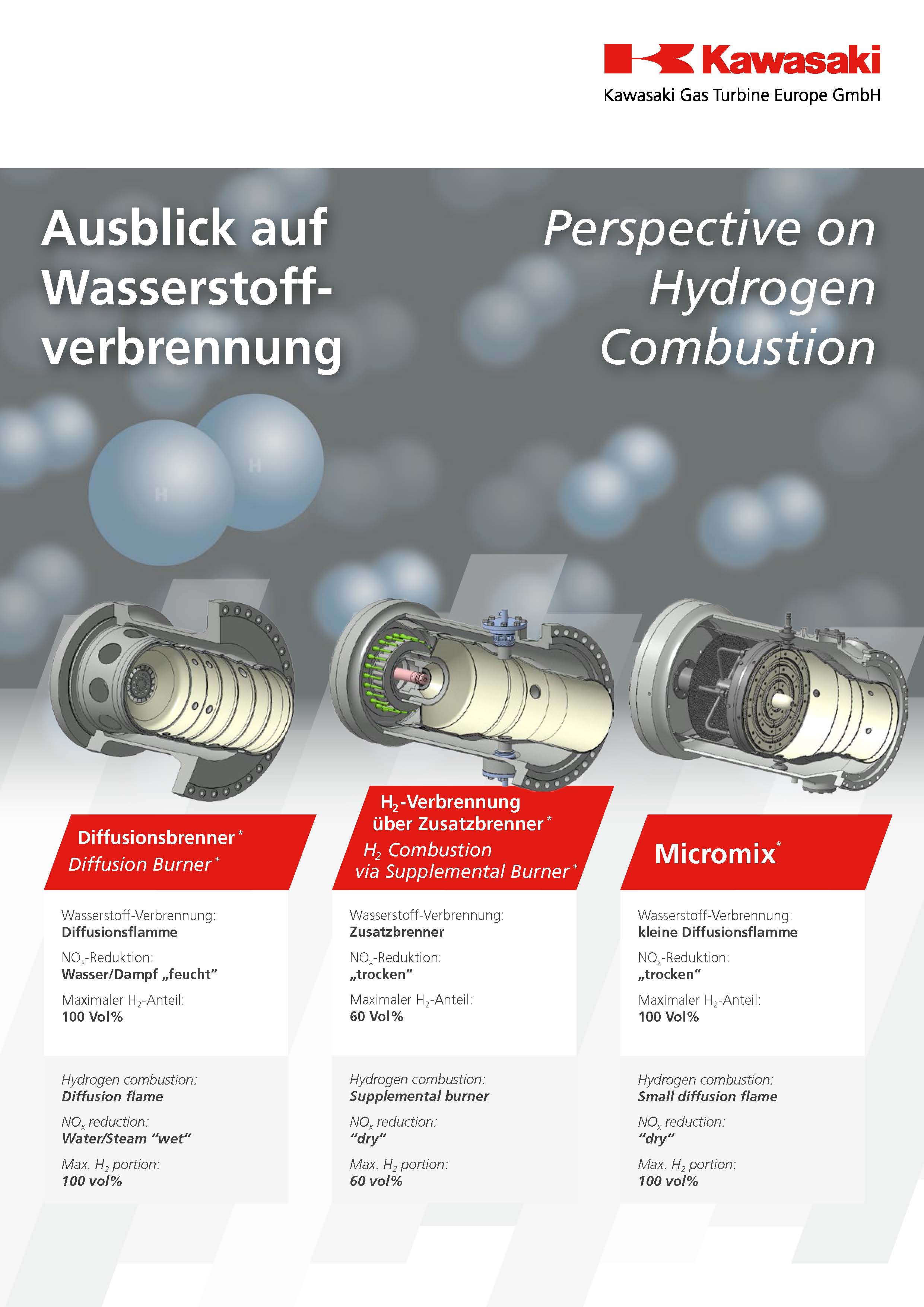 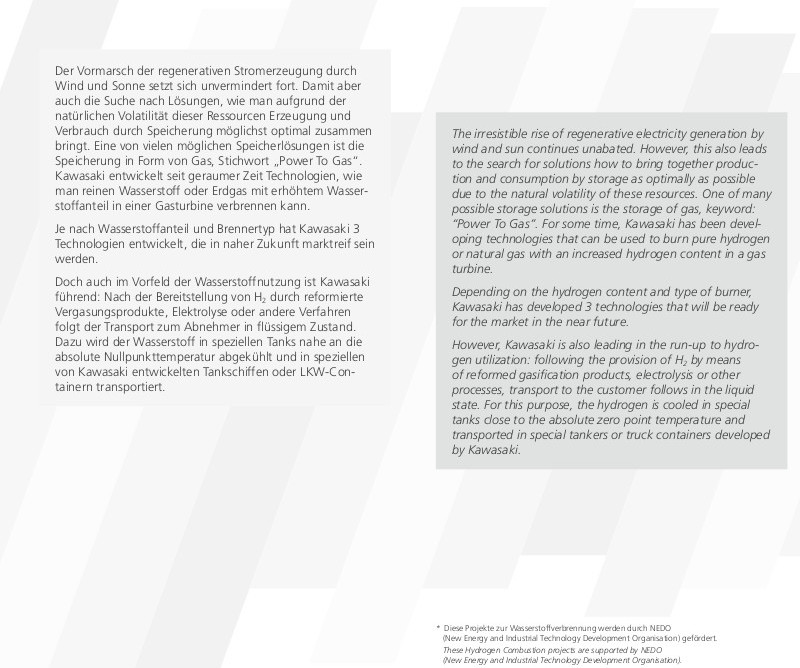 New and coming soon: Best and State of the Art in its class! Environmentally friendly due to lowest NOx emissions. Longer maintenance intervalls and best maintenance-friendlieness. Compact design. 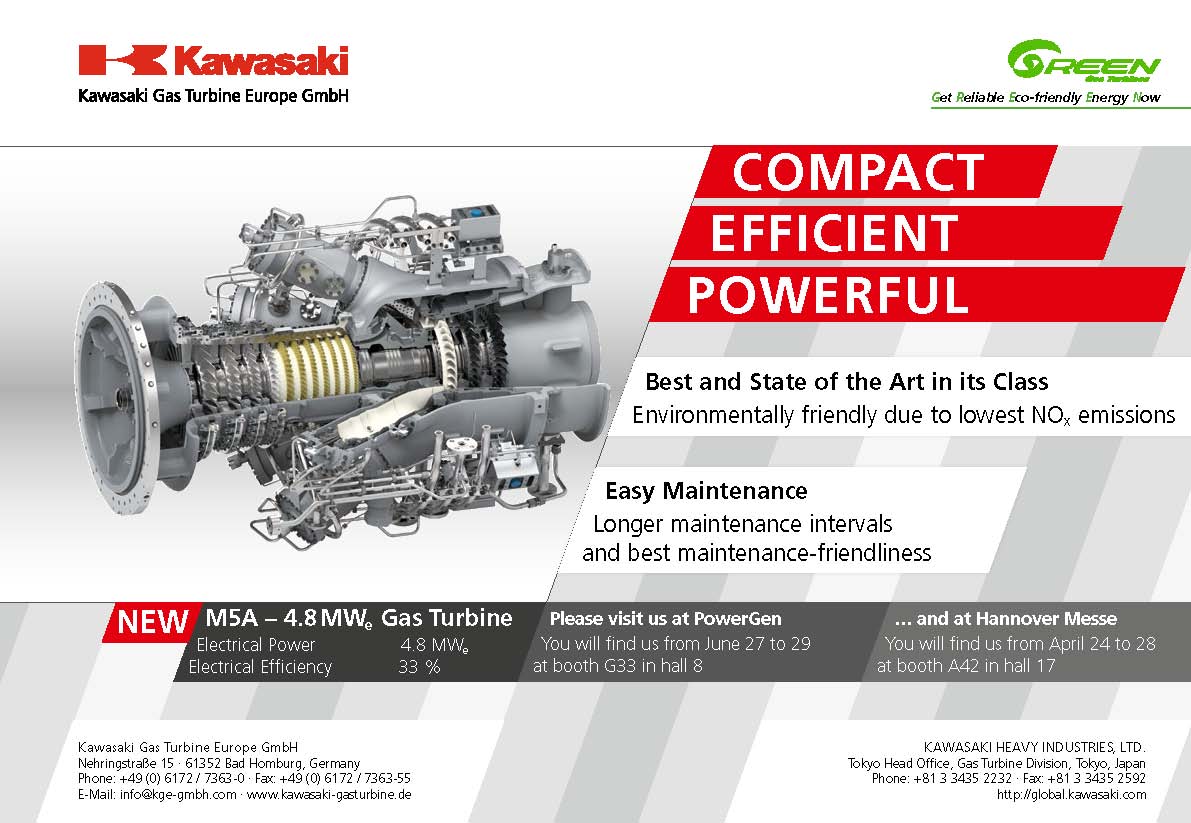 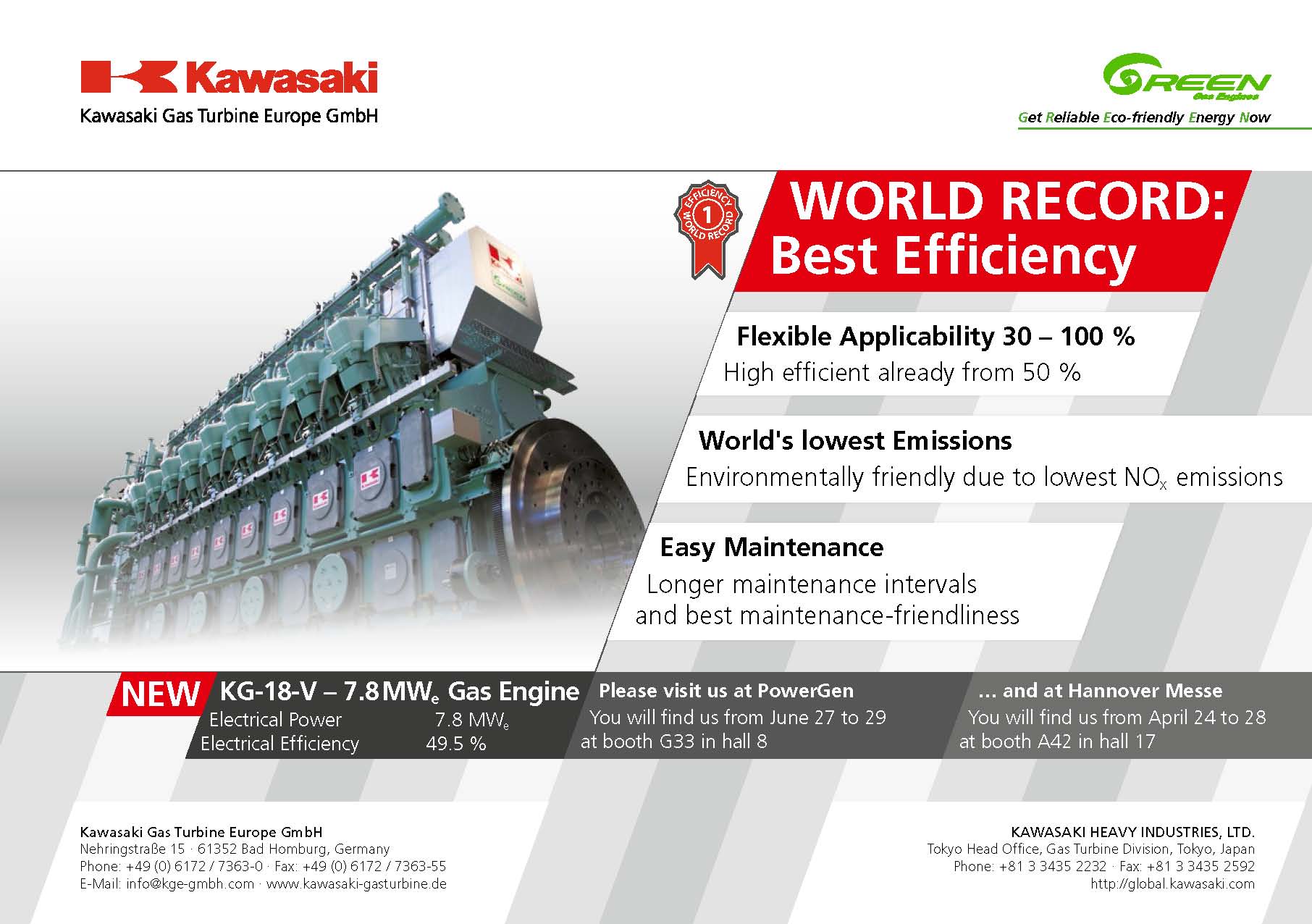 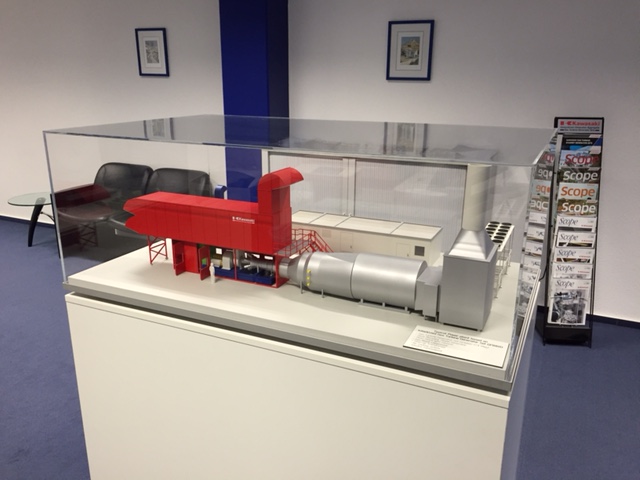 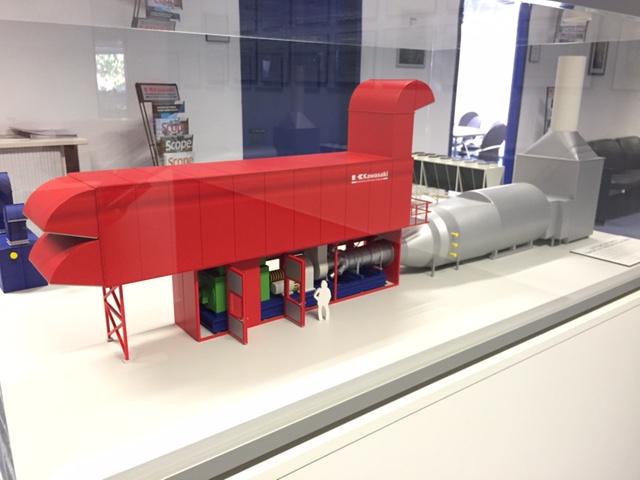 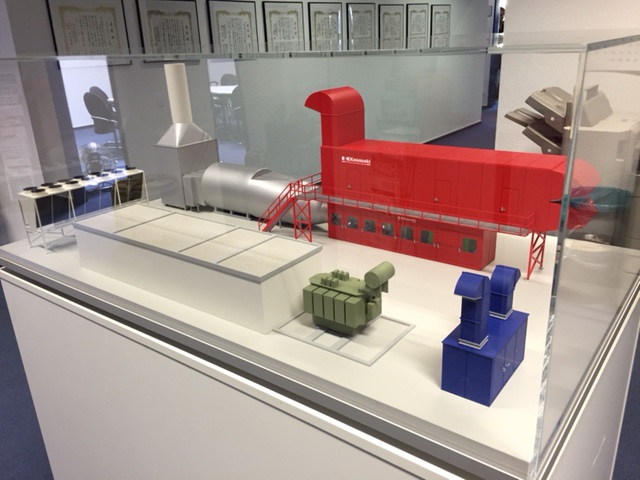 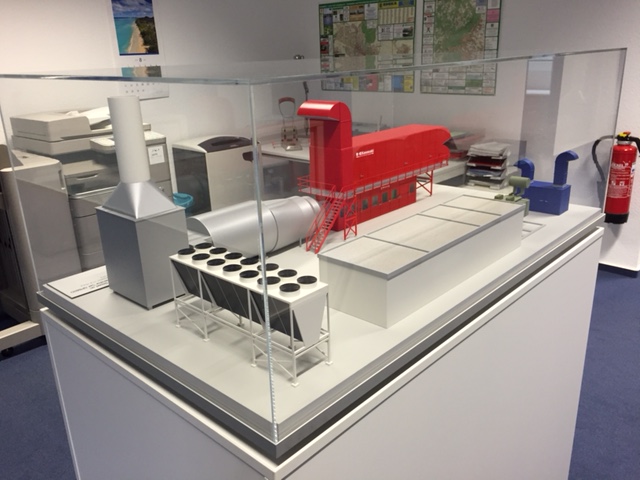 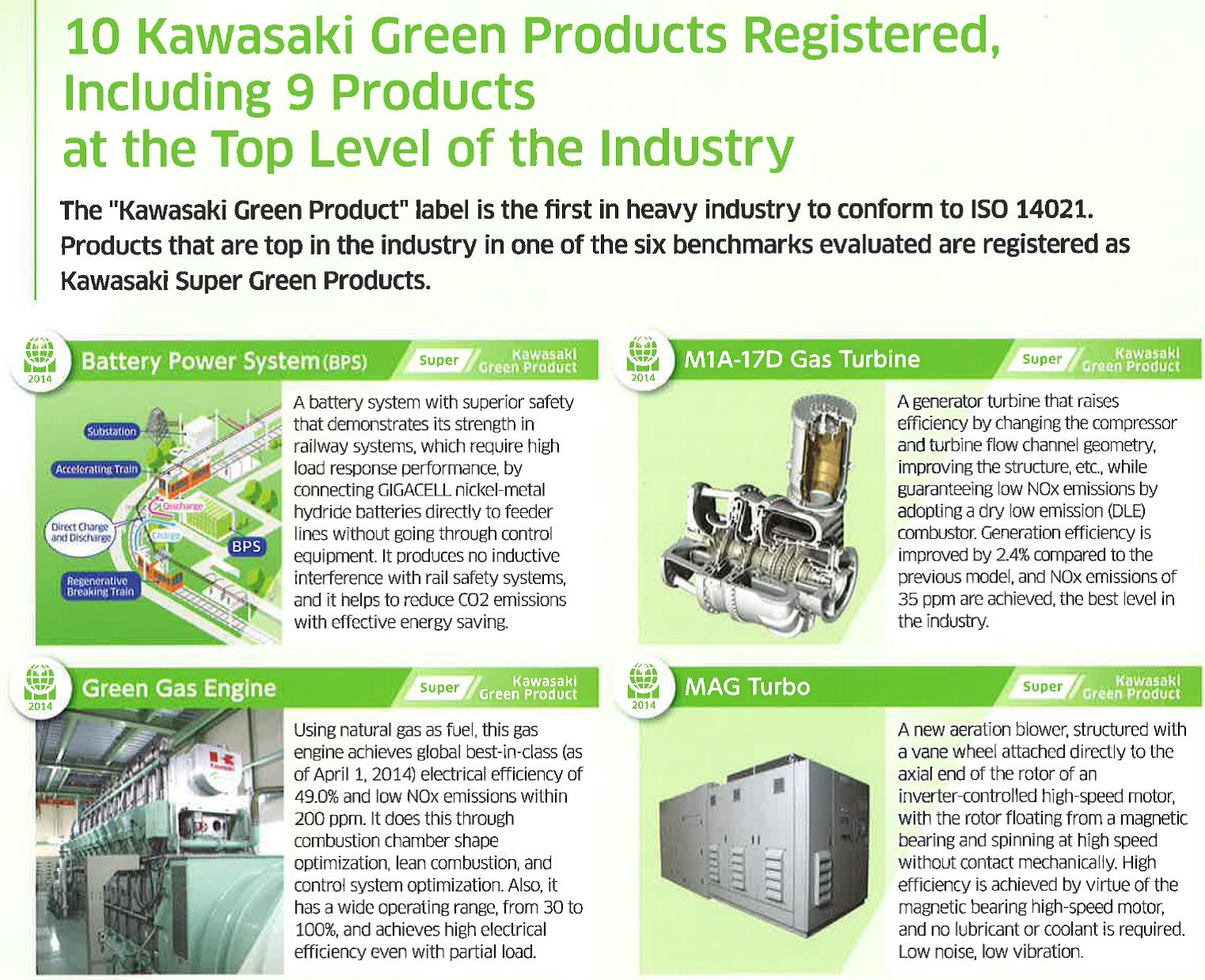 The story of Project K is the story of how Kawasaki and its customers are opening up new possibilities for people around the world by tackling some of the problems facing the world.
This movie describes the 30MW class world's most efficient gas turbine development with Daicel Corporation

Kawasaki gas turbines apply the highly precise manufacturing technologies used in the jet engines of aircrafts. From design to manufacturing to after service, we perpetually use our own technological know-how to refine and evolve the outcome. Unrivaled technological prowess and the people who possess and improve upon it -- they are the foundation of Kawasaki's excellence in quality.

KAWASAKI Gas Turbine Europe GmbH: A look back at the year's 2013 successful events !

Power range up to 5 MWe

currently in february 2014 a gas Turbine GPB17D isn in hot commissioning for the Municipality Stadtwerke Bernau. Further, shortly before turn 2013/14 KGE agreed and signed contract for one GPB17D with the company CP Kelco.

Power range up to 10 MWe

In this Power range KGE can look at a much more succesful year 2013!

After long but fruitful negotiations finally a Gas Turbine  GPB60PLUS  with steam injection was sold to the company AWS Group as a pilot for the printing industry.

Following an installation of one   GPB80D   in 2013 for the food company   Cargill Deutschland  , one unit  GPB80D  for the Energy pro vider  Vattenfall in Berlin  and 2 more units GPB80D with, last but not least, an option of a third  GPB80D for the health care company Fresenius Medical Care in St.Wendel!

We would say - pretty succesful performance in 2013 by KGE.

[Video] Bringing-In one of two GPB80D for Kronos Titan

[Video] Bringing-In of one GPB80D for BASF

Bringing-In of one KAWASAKI Gas Turbine Generator Set GPB80D for the company BASF in Lampertheim / Germany.

[Video] Bringing-In of one GPB80D for Sasol Wax GmbH

[Video] Bringing-In of one GPB60D

Bringing-In of one KAWASAKI Gas Turbine GPB60D for the romanian company PREFAB in Calarasi / Romania.

We wish all customers and partners a successful year 2013 !

KAWASAKI Gas Turbine Europe GmbH:  A look back at the year's 2012 successful events !

Power range up to 5 MWe

As a matter of fact that the Gas Turbine Generator Set GPB17D is a very strong product in its Power range 2 further contracts for GPB17D shown by the companies Nickelhütte Aue and Stadtwerke Bernau – both projects currently in execution.

Power range up to 10 MWe

As well as in the Power range up to 10 MWe KAWASAKI Gas Turbine Europe GmbH can look back successfully to 2012!

Kawasaki Heavy Industries (KHI) has announced that it had completed the development of a 30MW gas turbine - Kawasaki L30A as one of World’s highest efficiency model in this class, and has launched in the market worldwide in June 2012 at Power Gen Europe in Cologne/Germany.

1)    A world-leading generating efficiency of more than 40%, achieved through such improvements as a higher compressor pressure ratio, newly-developed heat resisting materials, and enhanced turbine cooling technologies.

3)    A structure offering excellent maintainability, based on the latest technologies and know-how cultivated through the development of KHI’s current and previous models. By adopting the optimal maintenance cycle proposed by Kawasaki, life cycle costs can be significantly reduced.

In the market worldwide, the issue of energy security became highly evident and the need for the on-site power generation has been increasing, also, such considerably potential demand is highly expected because of an ever-increasing power demand, increasingly stringent environmental protection regulations. The L30A is able to provide a flexible solution for such demands as an ideal gas turbine combined with a waste-heat recovery boiler in a cogeneration and combined heat and power (CHP) plant with steam turbine. 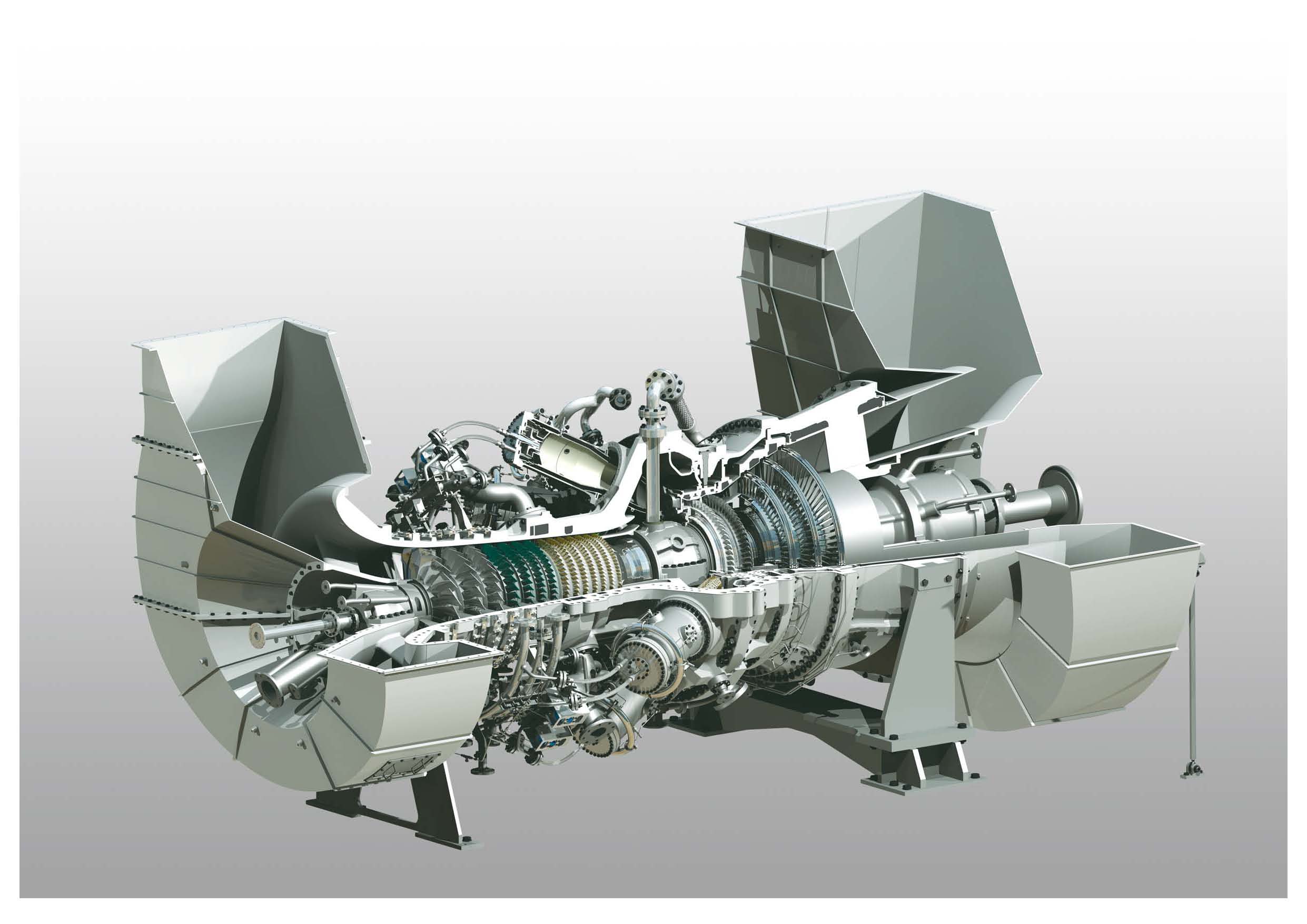 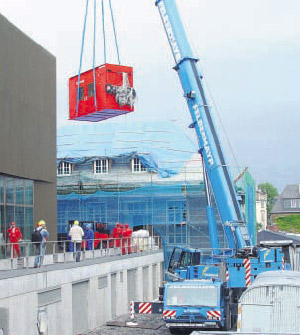